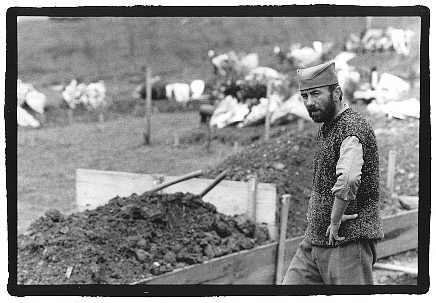 The graveyard is in the south of Bosnia, near Gorazde.

Getting still useful bricks out of destroyed houses
in Sarajevo and sell them for reconstructions.

The coach will never be repaired ....

The temporary wooden bridge in Mostar.
On the other side, the bar downstairs is open again.
(The restoration of the bridge was finished in 2003)

Destroyed but not abandonned village at the northern border with Croatia.